In April 2009 Consumer Reports released the results of a patient survey study, that will be published in their May 2009 paper edition, showing that chiropractic rated highest among patients in satisfaction of relief of back pain. Results of the study were reported on in several news articles including an April 6, 2009 WebMD article and an April 8, 2009 CBS news story. 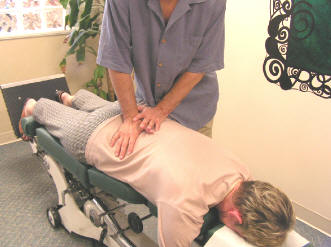 The survey noted that 80% of US adults report having back pain some time in their life. Of those responding to the survey chiropractic received the highest grade with 59% saying that they were "highly satisfied" with their results.  In comparison, satisfaction with medical specialist and primary care medical physicians rated only 44% and 34% respectively. CBS News medical expert Dr. Jennifer Ashton commented that the results of this study reflect what she is seeing in her practice. She noted that back pain is the most common ailment in the country and it is difficult to treat. Dr. Ashton stated that her patients are looking elsewhere, "They're staying away from things like medication, prescription drugs and surgery." Dr. Ashton also warned against a "quick fix" to get rid of the pain. She noted, "A lot of times that's prescription narcotics, which is actually probably the worst thing for you." She also warned, "Surgery is another option, but one that should be used as a last resort." American Chiropractic Association President Glenn Manceaux, DC, responded in a press release, "For the treatment of back pain, few options are better than chiropractic. As shown in this latest survey, chiropractic spinal manipulation is an evidence-based and effective treatment for low-back pain and other musculoskeletal injuries. Coupled with the high levels of patient satisfaction, patients should turn to chiropractic as their first choice." Dr. John Maltby, President of the International Chiropractors Association added, "For well over 100 years chiropractors have been seeing a large number of patients suffering with back problems. And although chiropractic does not directly treat the pain, we do work to correct the underlying structural and neurological problem that in many cases is causing the problem. This study shows what we have known for a long time. Chiropractic get results and helps people lead normal and healthier lives."
{nykNavString}

We look forward to hearing from you.

Find us on the map